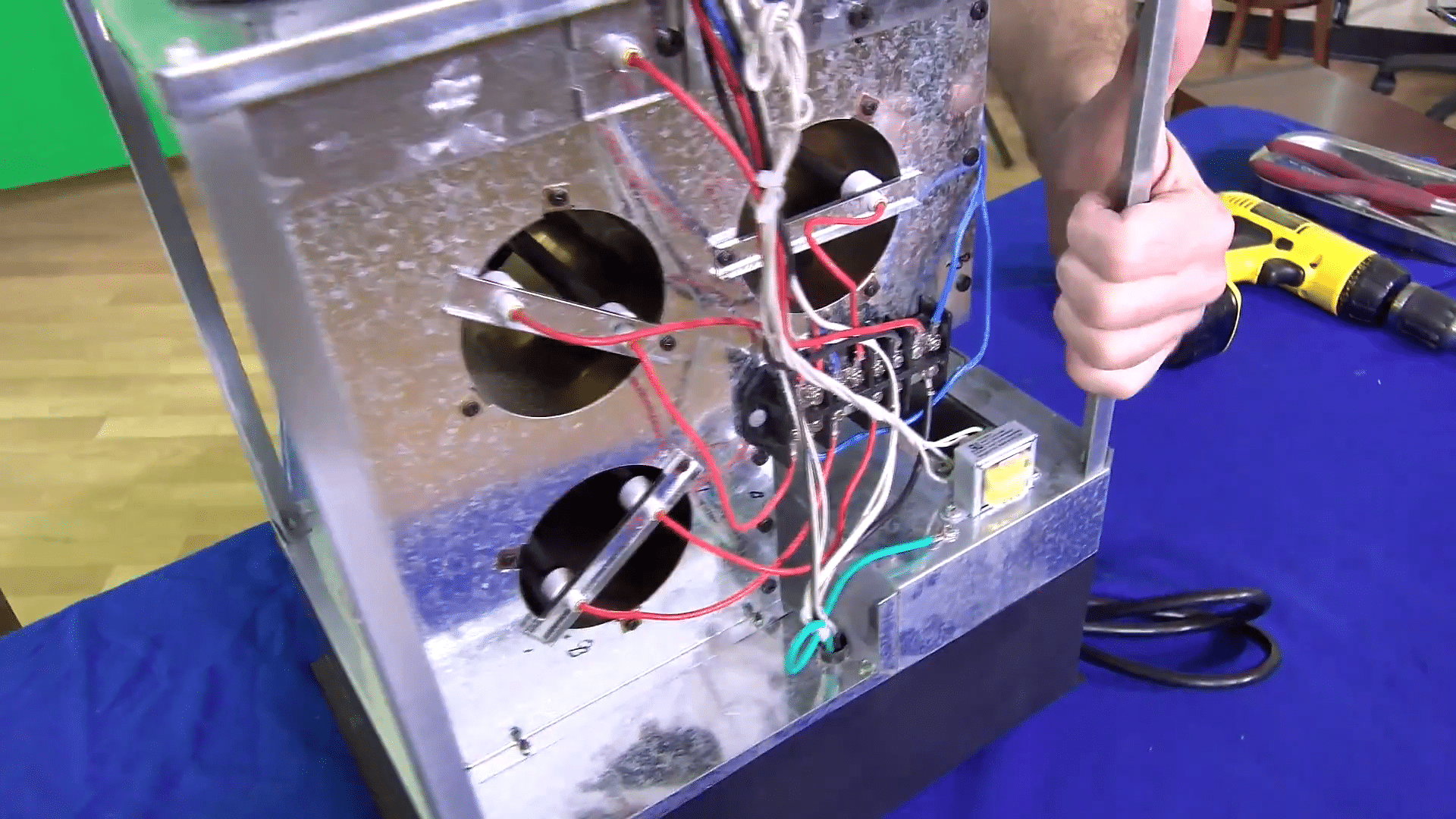 Hi, I’m Paul with Better Living With Air & More. We sell and repair all types of small infrared heaters along with other items. The EdenPURE heater brand is one that we specialize in. The most common question we get is, “How do I get into my heater to replace a heating element?” In this video, we’ll show you exactly what you need to know to do that. Today, we’re going to show you how to change the heating element inside your EdenPURE 1000 XL heater.

Let’s start by first showing you the tools that will be required for the job. First, a number two Phillips screwdriver. We prefer a magnetic one, yours doesn’t have to be; a Sharpie marker and a cloth. There are a number of other tools we just always like to have around. They are a regular slotted screwdriver, a pair of needle nose pliers, and perhaps a regular pair of pliers. In this video, we are going to be using a cordless screwdriver with a number two bit on the end.

Let’s begin first by making sure that the heater is unplugged from all electrical sources. First and foremost, remove your filter cover, remove your filter. Put it off to the side. The Gen 3 1000 and the 1000 XL heaters for the most part they are the same procedure on getting into the heater to change the heating elements. I’m going to show you two ways to do just that. One is the preferred way and the other way is not so much the preferred way, but I’m going to show you that regardless because there are situations you are going to need two ways to get into the heater.

The alternative way and the reason why you would even use this method of getting into the heater is because doing it the preferred way is exactly that, the preferred way. However, there are some cases you’re going to find. Heaters have been out there a long time. Maybe a heater fell, maybe someone sat on it, you had books on it. Things happen, and the bottom of the chassis of the heater can get bent. It happens. We see it all the time. If that happens, it’s going to be a barrier to get that heater out of that encasement. That’s when you want to use the alternative method of getting into the heater.

There’s six screws on each side, three on the bottom, three going down the stem back. Remove the covers. Now, you have three more screws on the bottom of the heater that are going in, in a horizontal position. There’s six total, three on each side. You have six here, going in horizontal. Now, you come to the outside and you have two more Phillips screws on both sides, one here on the front, one here in the rear. Same thing on the other side of the heater. That is the only nice thing about doing this in this way.

You just want to take your hand, steady the front of the heater, take your other hand, your right hand, left– However you do this, hold the front, take your right hand, left hand. Pick the heater up, slide the encasement off, put it out of the way. The only nice thing about doing it this way is the wheel will stay on the heater. There it is, out of the encasement. On the 1000 XL, as I said, inside the heater looks a little different, basically the same configurations as the Gen 3 1000. Let me just show how to remove the elements in 1000 XL.

In the 1000 XL, you don’t have that nice big connector block here as you do in the Gen 3 1000. This heater has already been rebuilt inside. The elements you’re going to remove are going to have an eye connector such as this, that’s going to be underneath the two screws here where the elements get water too. The replacement elements are going to have a four connector such as that. You’ll see the bottom element came out of this bottom screw right here. Make a mark, do whatever you need to do so you can remember or just refer the video and you’ll see where they are in the video here. We’re also going to include a picture with each set that we sell from Air & More.

Flip the heater around. Again, on this side of the heater, look at the way it’s wired, take a picture, mark, however you need to mark to see where the wires do get connected on this block right here. Again, we’re going to send you a picture with each set that we do send out from Air & More. Your elements are going to probably be broken if you’re changing them, so they’re not going to come out whole like these because again like I said, this heater has already been redone. There are your elements. To reinstall, very carefully straighten the wires. Line it up with the hole inside the heater. That one end of the wire is going to slip through. The line, of course, went up with the hole cut into the heater right there.

Very carefully put the heater back down on its side. You’ll see the portions are in the cylinder correctly. Take your support bracket, and you’ll see everything should sit nice and flush. If you find, when you’re putting the heater back together, it’s sitting such as like that, it’s not sitting actually flush it’s because the porcelain tip on the other end of the heater is probably not in the support hole in the heater. The bracket should sit nice and flush such as that. Now, you want to make sure you put your wires back in the correct configuration. It’s very easy with the 1000 XL. I like this heater better than the Gen3 1000 for changing these, very simple.

You have two screws here where your elements are going to get wired too. Very simple, you have your long bulb in the front, you have your other three chambers in the heater. The bottom elements in this chamber here, this chamber right here, and the long element, very simple. You’re going to go to the bottom screw where the blue heat sensor wire is going. It’s the screw that’s closest to the bottom of the heater as if the heater was sitting on the floor. It’s very simple. The remaining elements in the top of the heat chambers, including this little guy, this one single up on the top cylinder is going to go to the second screw where there’s also a little white wire going to that screw as well.

While you’re in here, it’s also just a good idea, a good practice. What we do is we just go through all the screws just to make sure everything is nice and snug. Not that we’ve touched them or we’ve taken them out, but just to make sure everything is in good shape. In this side again, top element, bottom element. Basically, they just need to go together. Top and actually loop it up into the top and on to the screw bottom, loop it down through the bottom just like this and again. Again, these elements have already been replaced in this heater. I just like to emphasize the ones you’re going to take out are going to have an eye on the end such as that.

As we showed you before, the heat sensor in this heater is located in a different spot. It’s located in the back of the heater, it’s right back here. It’s a little different, a little tougher to get to, but same heat sensor that’s in the Gen 3 is in this heater as well. Fan is the same. You want to do the same thing as far as spinning it, making sure it spins nice and free. You just want to make sure that everything looks in good shape, good visual on the heater. Again, emphasize, take a picture so you know where things are. It’s very simple.

As far as putting the heater back together, simply take your cabinet. Slide it over the heater. Now, you have to hold the cabinet on the heater, because you have to remember the cabinet’s loose. Flip the heater over, and start putting your screws back in. We choose to start with the belly screws first, then go over to your side screws. One thing I do want to mention that there are a couple of two different-looking black screws. The ones that are flat on the screw itself, they’re for your side panels. They are not for putting the heater back together. They’re strictly for your side panels, and there’s a reason why. I’ll show you that when we get to putting those panels back on.

Slide your panel on. The reason why the black ones are different for these, the flatness is because they’re recessed into the black panels that aren’t any of these screw heads sticking out so they have a nice, smooth, flush finish. That’s the difference. Don’t over tighten because you can crack the panel. Put the heater back over. Take your filter and your holder and that’s it. Your 1000 XL is ready to go.

I’m Paul from Better Living with Air & More, and if you have any questions, you can email me at Paul@airnmore.com. Thanks for watching and look for more videos to come with Airnmore.com. You can always check the website for new products and specials. We’ll see you next time. 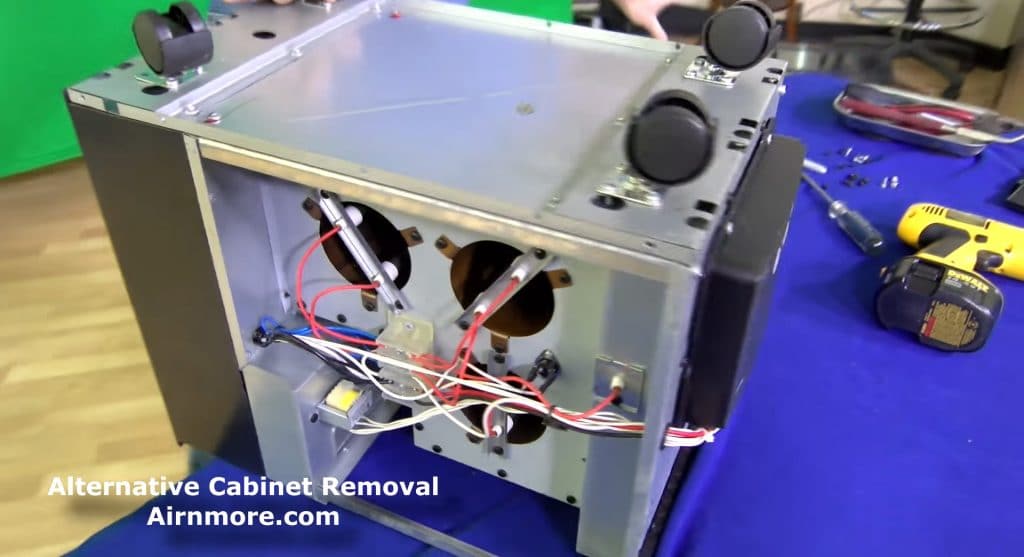 November 6, 2017
AirNmore
Paul, the owner of Better Living with Air & more, demonstrates how to change the heating elements in the EdenPURE Gen 3 1000, 1000 XL and Gen 4 Series.
Read More 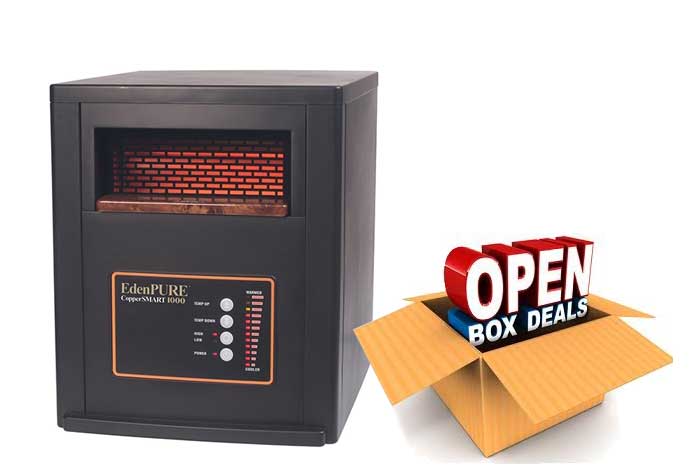 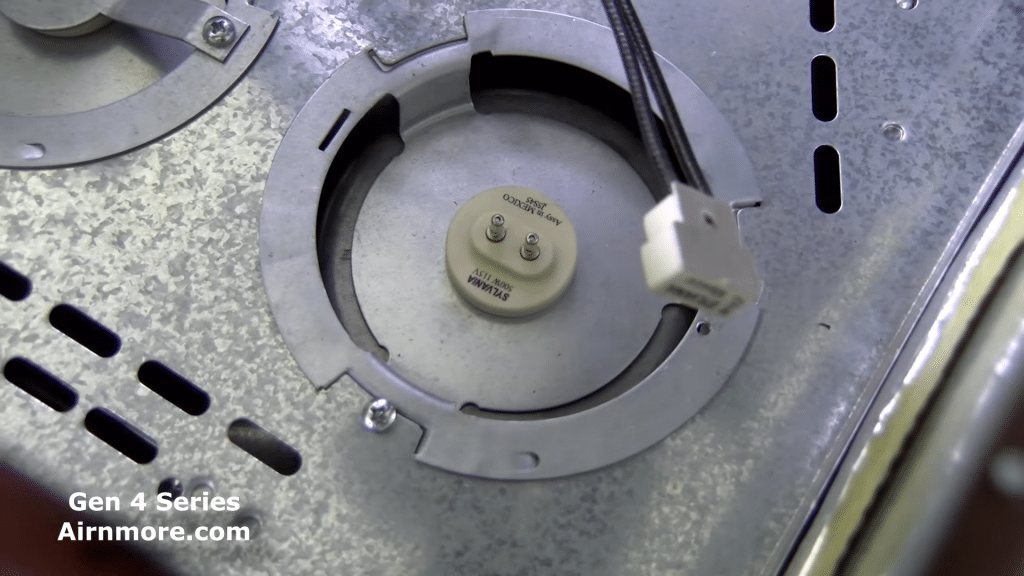 November 29, 2017
AirNmore
In this video, we are going to show you how to change the heating element inside your EdenPURE Gen 4 & USA 1000 heaters.
Read More 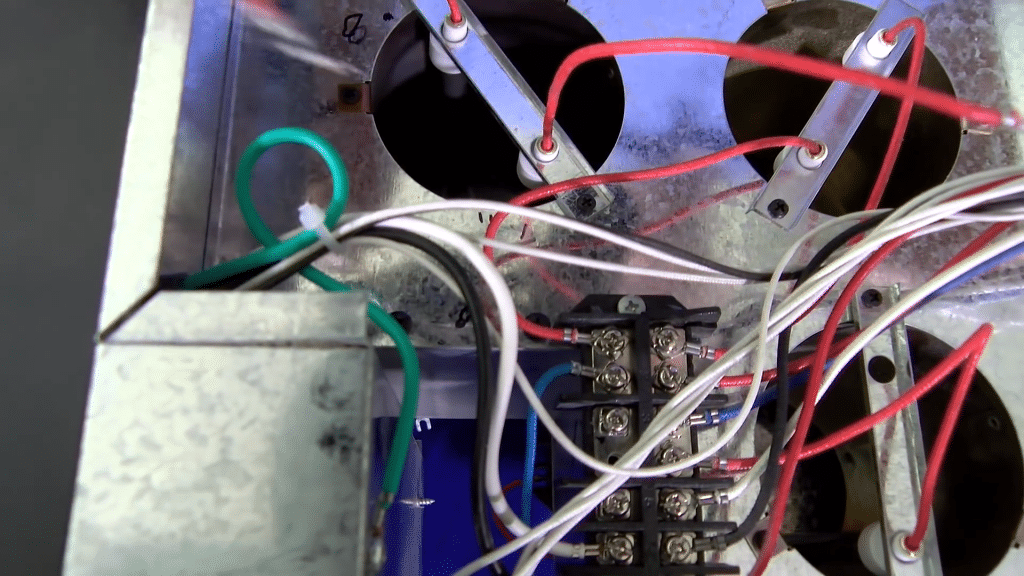 November 29, 2017
AirNmore
Today, we’re going to show you how to replace your heating elements in a Gen 3 1000 heater. Let’s start by first showing you the tools that will be required for the job.
Read More
Menu TAP TO CALL